🏳FREE MASTERCLASS: HOW TO BUILD A WILDLY SUCCESSFUL BUSINESS FROM SCRATCH IN 60 DAYS OR LESS!

It's Time To Break Free of The 9 To 5, Start Your Dream Business, Overcome Startup Fear,  & Create A Life You Love!

🎧Listen To The Corporate Misfit Podcast

10 Sure Ways to Conquer Start-up Fears 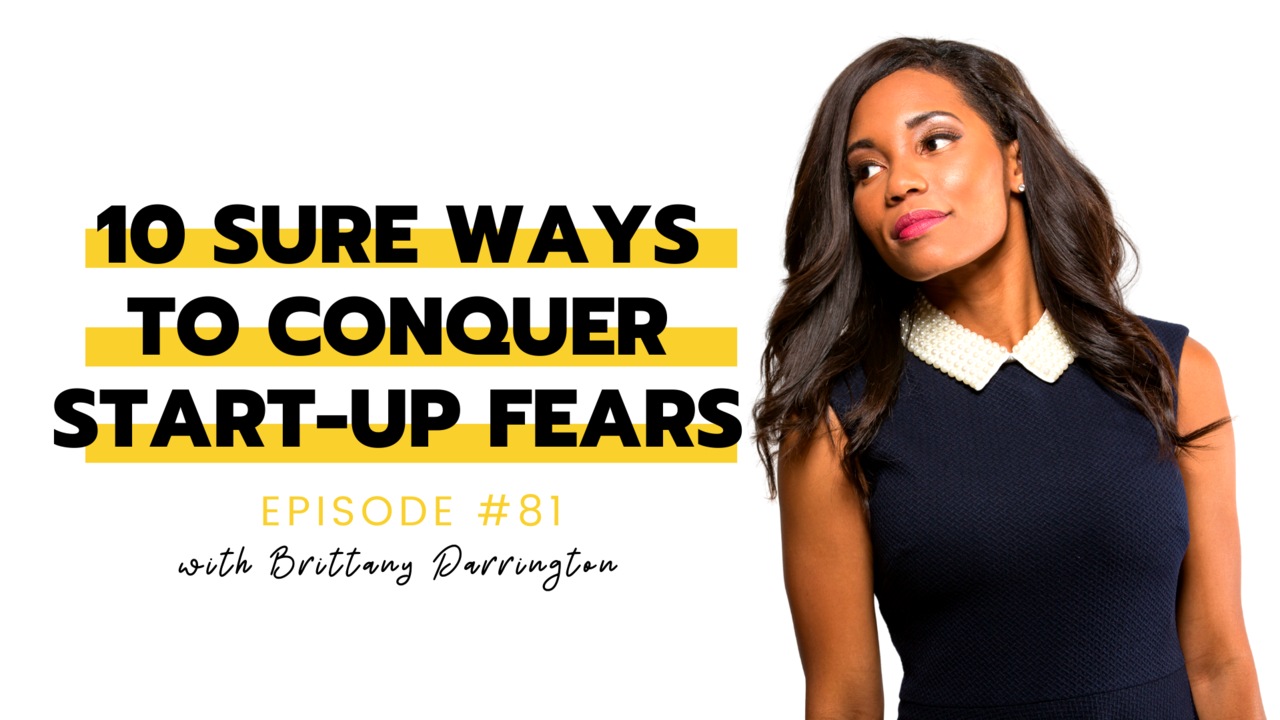 Starting your own business can be scary. Even if you're well prepared, you may experience challenges and areas of uncertainty. You may also face barriers that stand between you and your dreams and ideas.

Yep. It sucks to have start-up fears keep you getting your business off the ground. Here's what you're going to learn in today's podcast:

FREE TRAINING: Are you stuck on business ideas that are keeping you from starting a business? I'm going to share with you how you can go from idea overload to preparing your business for launch mode in less than five days.

I want to introduce you to our 5-Day Biz Bootcamp is a business challenge...

Stop Wasting Time On These 5 Distractions 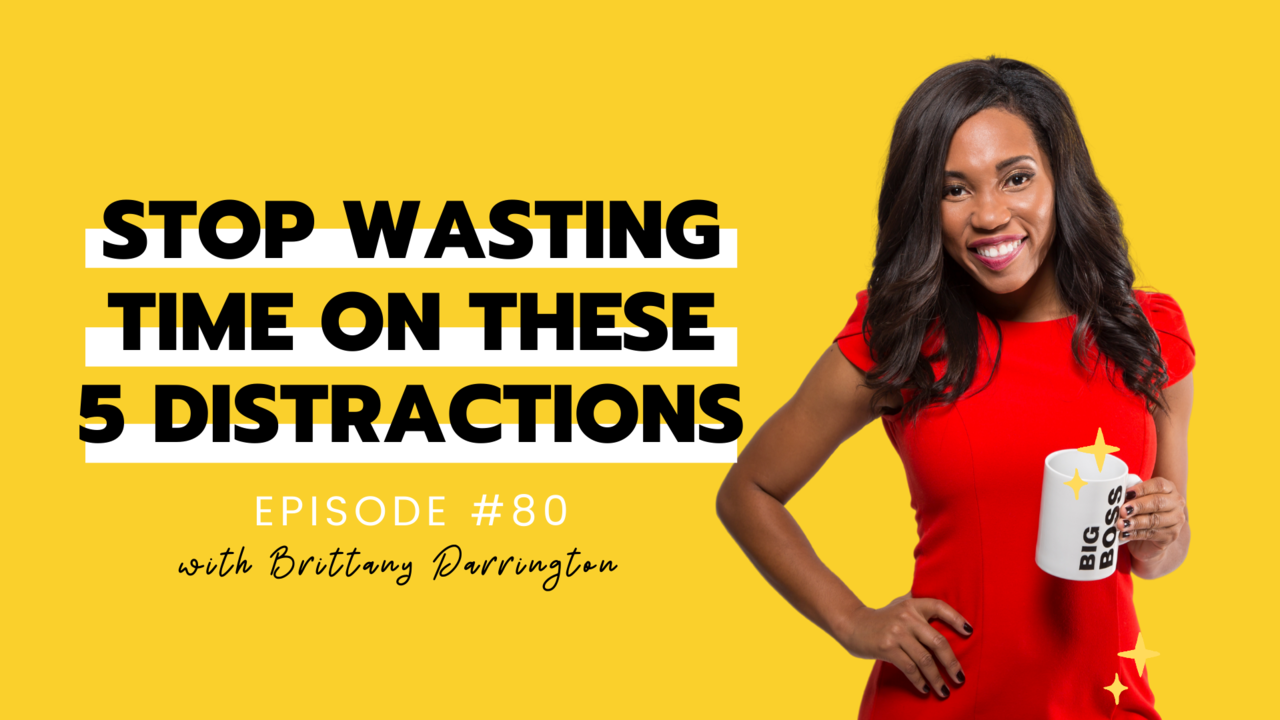 As entrepreneurs, one of the most important things we have to do is protect our time.  Unfortunately, a lot of entrepreneurs waste their time on unimportant distractions that keep them from taking care of things that matter most to grow business.

You might be lacking focus or filling your calendar up with busywork. But every distraction we face is costing our business. Do you know how much it costs you?

Every business deals with distractions. The key is to identify what distractions are holding you back from reaching ultimate success.

Yep. It sucks to have distractions keep you from reaching your highest business potential. Here's what you're going to learn in today's podcast:

5 Things That Will Guarantee Your Failure in Entrepreneurship 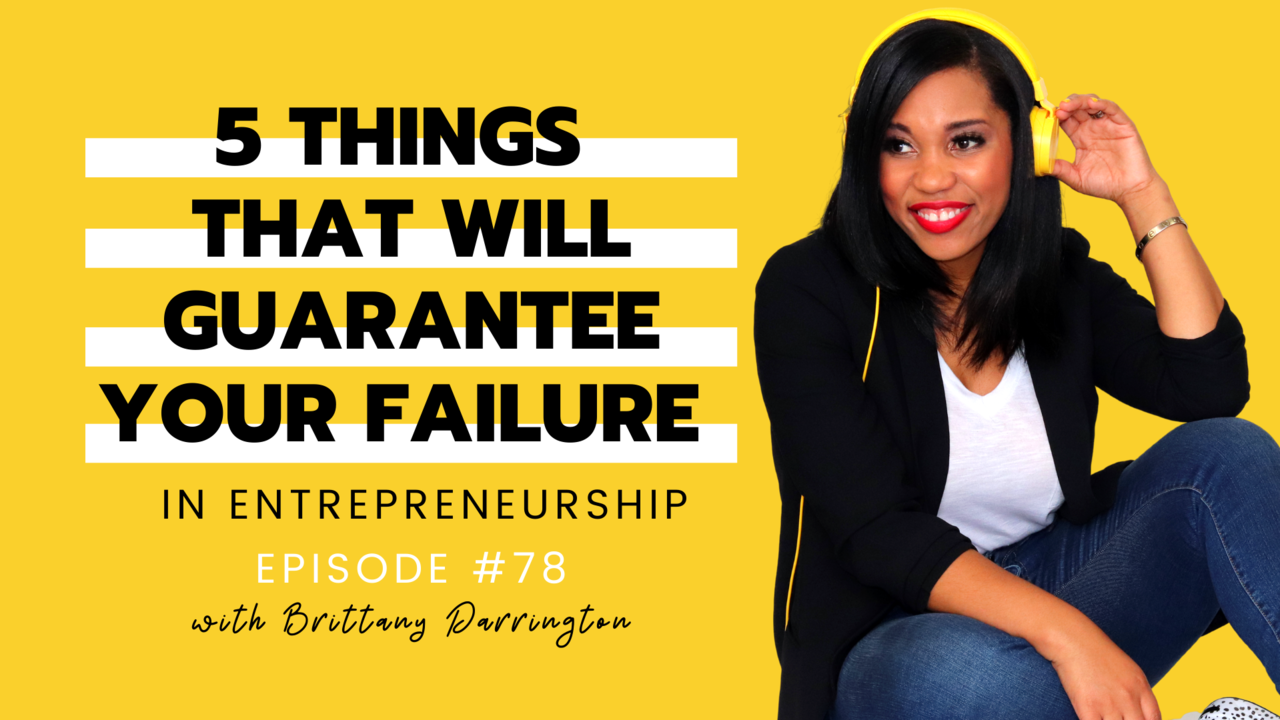 Everyone fears to fail in entrepreneurship, experiencing it is inevitable, but it’s your response to it that makes all the difference. Don’t get stuck. You and your business are not a failure. In this episode, you’ll learn a few of the many habits that could guarantee business failure, plus learn how to get back up after each setback:

Put those earbuds in and listen right away but if you want a sneak peek of what we talk about during the episode, here you go:

FREE TRAINING: "How To Start An Online Business In As Little As 30 Days... even if you don't have a business idea!" This is a brand new workshop to help aspiring women entrepreneurs start and launch their business from scratch in less than...

How To Know When It Is Time To Fire Your Client 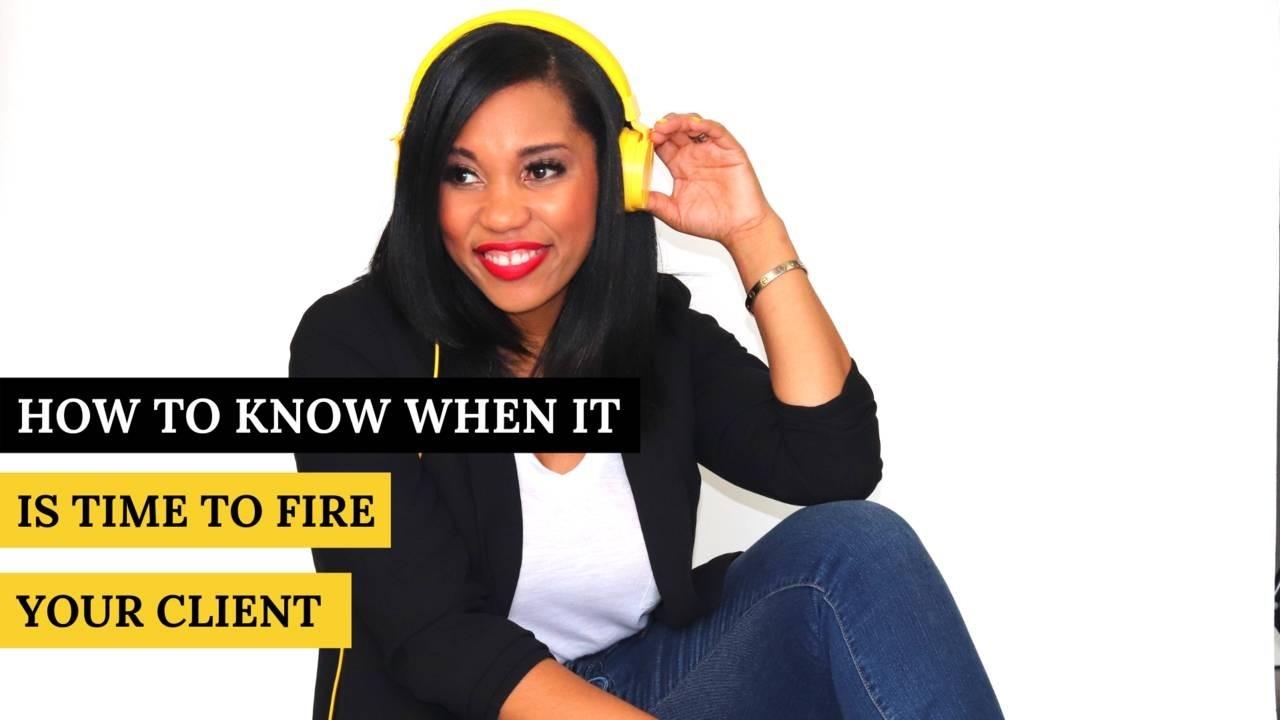 Client relationships are tricky, especially as an entrepreneur. I wish there were strategies for us, Corporate Misfits, to use to help us get along with every client we have. When you think about revenue for your business, it can be tempting and natural to want to do everything you can to preserve those relationships indefinitely.

Though we want to save our client relationships, sometimes we have to let the client that is not serving our business well go.

At some point, it doesn't matter how much money you're making if you're miserable; and if you or your team do not enjoy dealing with your client, this can cause chaos and loss of money. Here are my tips to help you know when it's time to fire a client in your business.

Here's what you'll learn in this episode: 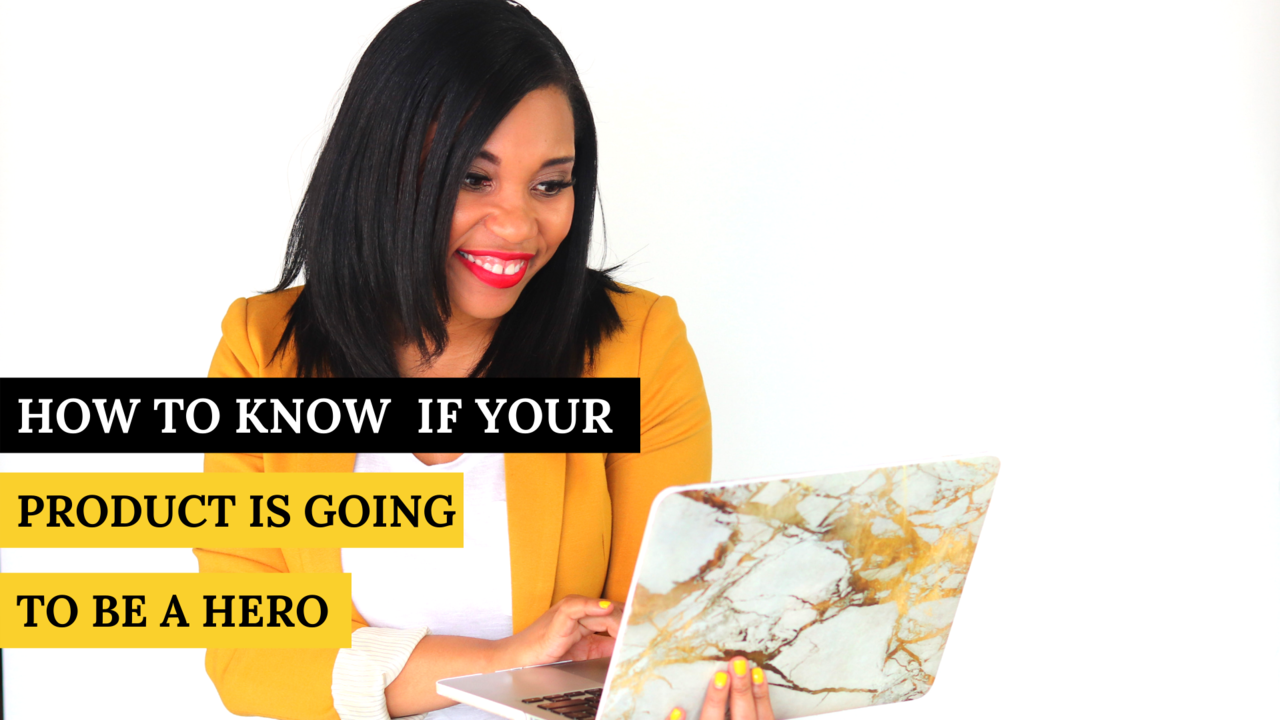 How to Know If Your Product Is Going To Be A Hero
Have you ever watched the hit show "Shark Tank" on ABC? I fell in love with this show from the start when my former professor was featured on season one, pitching her clothing line.

Though Shark Tank is an excellent show for entrepreneurs, it does not show the full pitch or the whole behind the scenes conversations between the entrepreneur and shark. Show how do you know if your product is going to be a "Hero" like Lori Greiner say's or if your product is "dead" like Kevin O'Leary says.

To help you know if your product is a "Hero" or "Dead," I want to share a few questions from Lori Greiner's book "Invent It, Sell It, Bank It."

"Start The Right Business Bootcamp"- Are you an aspiring female...

Behind The Scenes: How My Team Plans Our Business Year Part 2 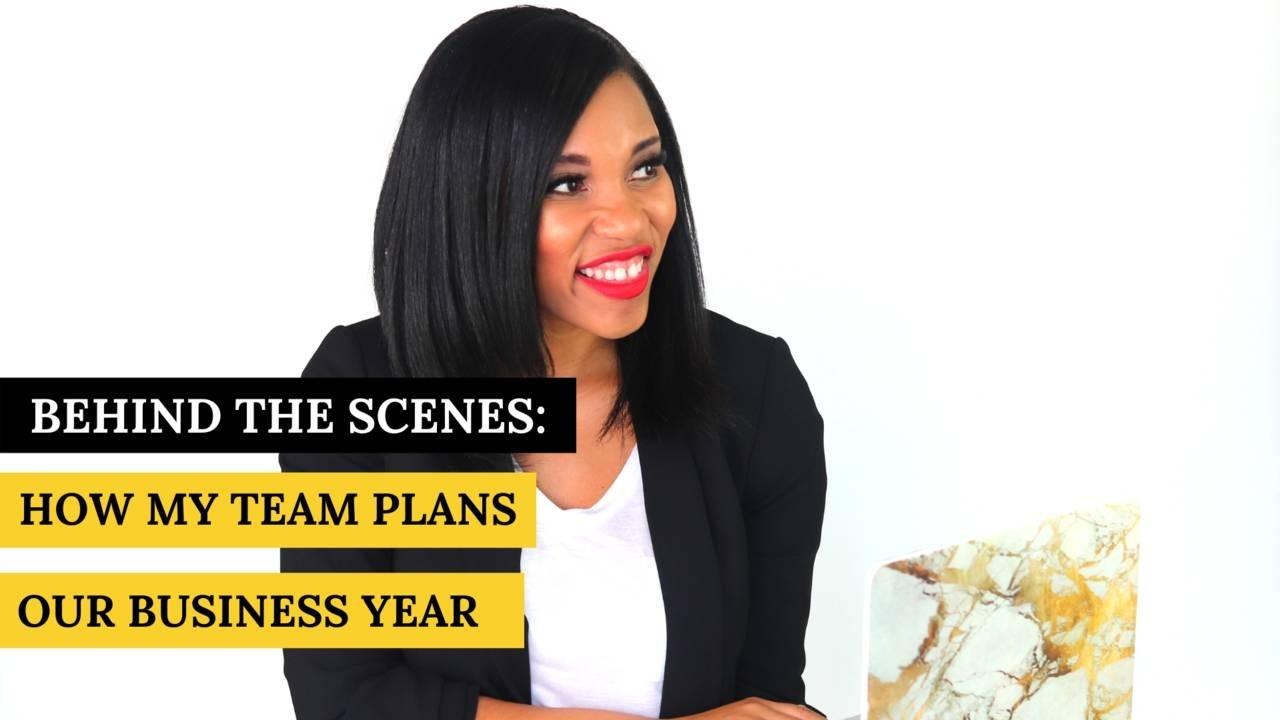 Happy Wednesday, Corporate Misfits! Welcome to part 2 of the annual goal episode, where I'm sharing behind the scenes of how my team and I plan our year in my business. If you haven't listened to episode #71, check out the first part of how my team plans our annual business goals.

Put those earbuds in and listen right away but if you want a sneak peek of what we talk about during the interview, here you go:

Episode 8: Her Life Reflection The Led To Starting A Business 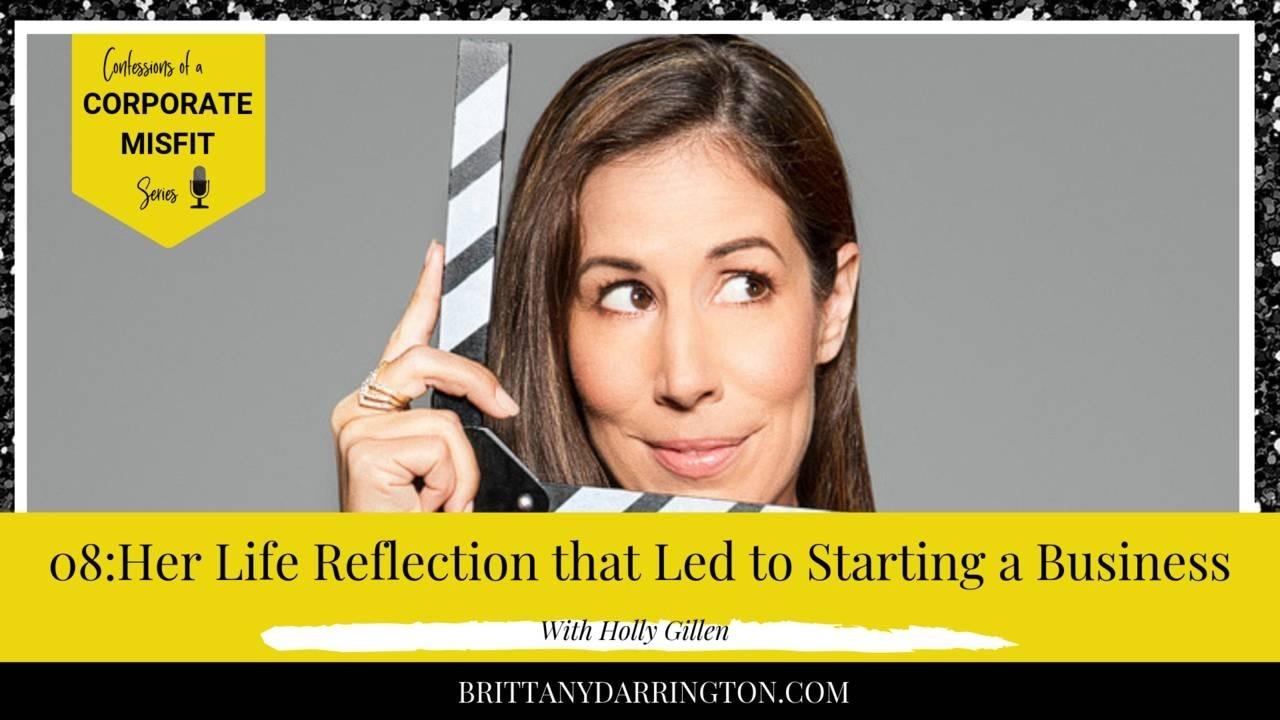 In this episode, I'm chatting with my friend Holly Gillen, who is the founder of Holly G Studios.

Hear how Holly's life reflection at 30 years old led her to start her own production business.

Holly empowers modern online entrepreneurs, thought leaders and influencers to go from confused to confident and from fearful to fearless on both sides of the camera.

She teaches them the skills they need to create not just videos, but Business Cinema™ Business Cinema is the way that she likes to describe the next level video. Video with a plan, a purpose, a strategy, and a system. Not just creating a video for the sake of creating a video, but creating videos that actually move your business forward.

Holly started her career video production in 2008 as a Camera Operator, Producer, and Editor working with big industry names including the Sundance Channel, Sony Music, Nick.com, HBO, Bono, Big Time Rush, Forest Whitaker and many others.

Her skills and experience run the...

Are You Really Ready For Entrepreneurship? 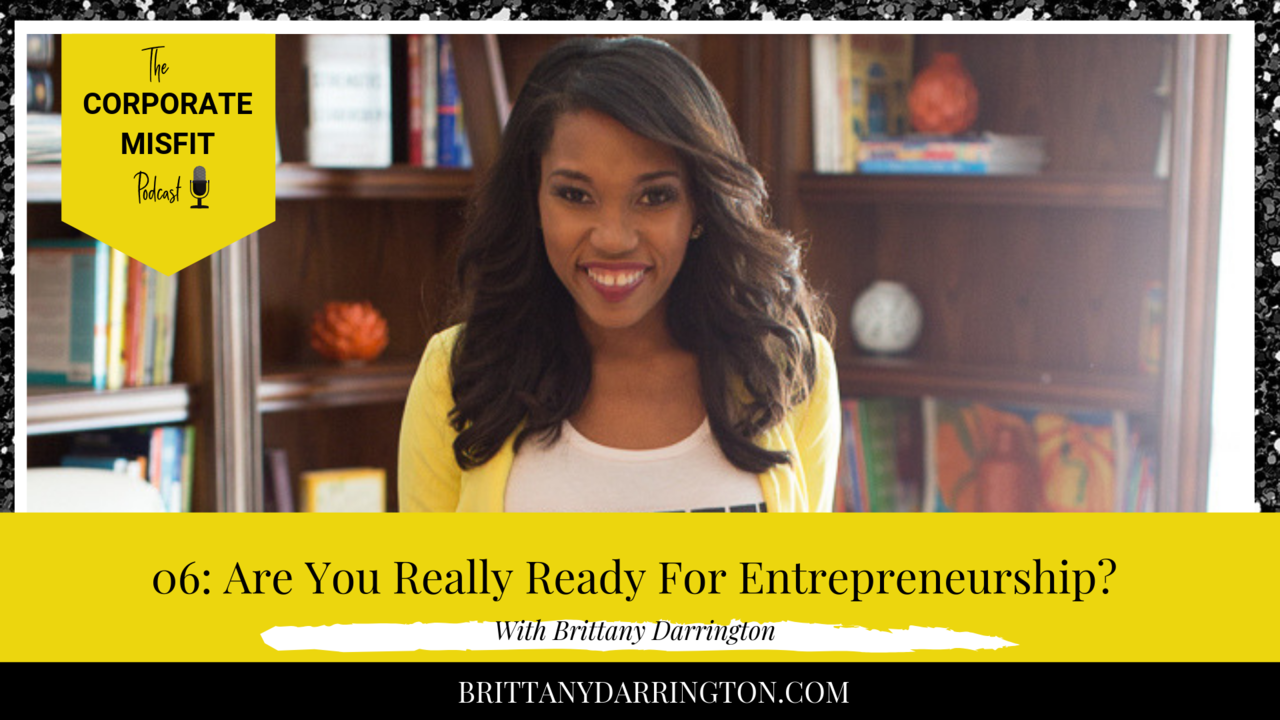 You've probably heard before that entrepreneurship isn't for everyone, which probably makes you question your ability to launch a startup .

But for many aspiring entrepreneurs, the desire to do something on their own and be in charge of their own destiny is enough motivation to leave a 9-to-5 job -- regardless of their current professional status.

Pursuing entrepreneurship is not only a career choice but a lifestyle choice, so you want to make sure you are doing it for the right reasons. If you are starting up only to gain money or power, you will not likely achieve success.

Questioning if you're cut out for entrepreneurship is normal (ACTUALLY IT'S IMPORTANT TO QUESTION YOURSELF).

On today's episode, I am sharing how to know if you're really ready for entrepreneurship.

When looking to go into the world of entrepreneurship, it’s important...
Continue Reading...

7 Reasons Why Most Businesses Fail Within One Year 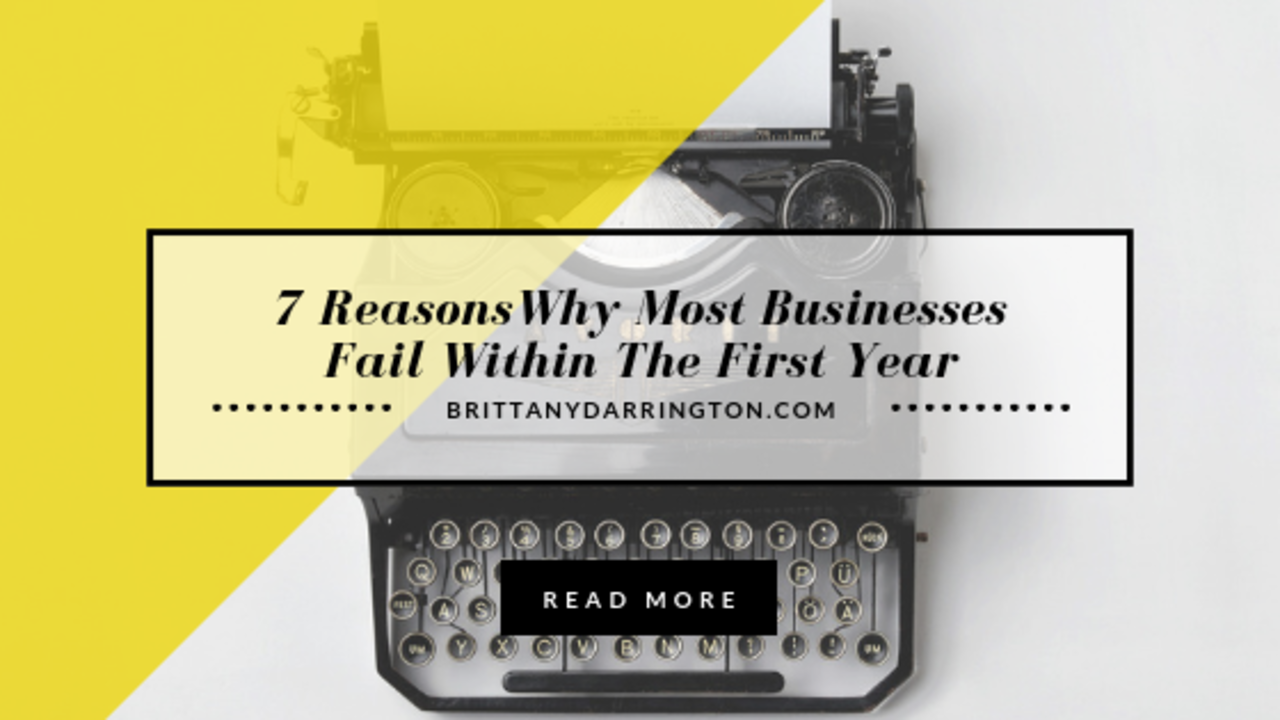 Entrepreneurship is no walk in the park. As a new entrepreneur gearing up to start a business or a business owner who’s recently opened your doors, there’s a lot of uncertainty ahead of you. Business failure isn't something you want to think about when you start a business. But according to the SBA, about one-fifth of business startups fail within a year.

Here are the top seven reasons for business failure and what you can do to avoid them.

Businesses fail because of the lack of short-term and long-term planning. Your plan should include where your business will be in the next few months to the next few years. Include measurable goals and results. The right plan will include specific to-do lists with dates and deadlines.

Failing to plan can be a major business fail.

" If you don’t prepare a business plan, your initial enthusiasm will fade and most likely you will fail." 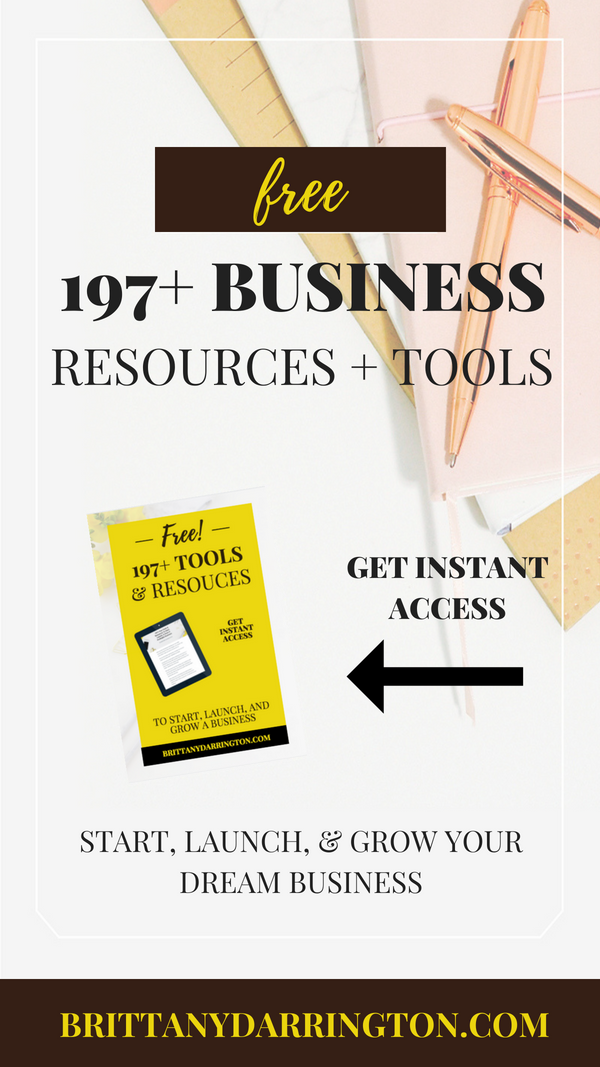 Starting a Business for the Wrong Reasons

There are many people... 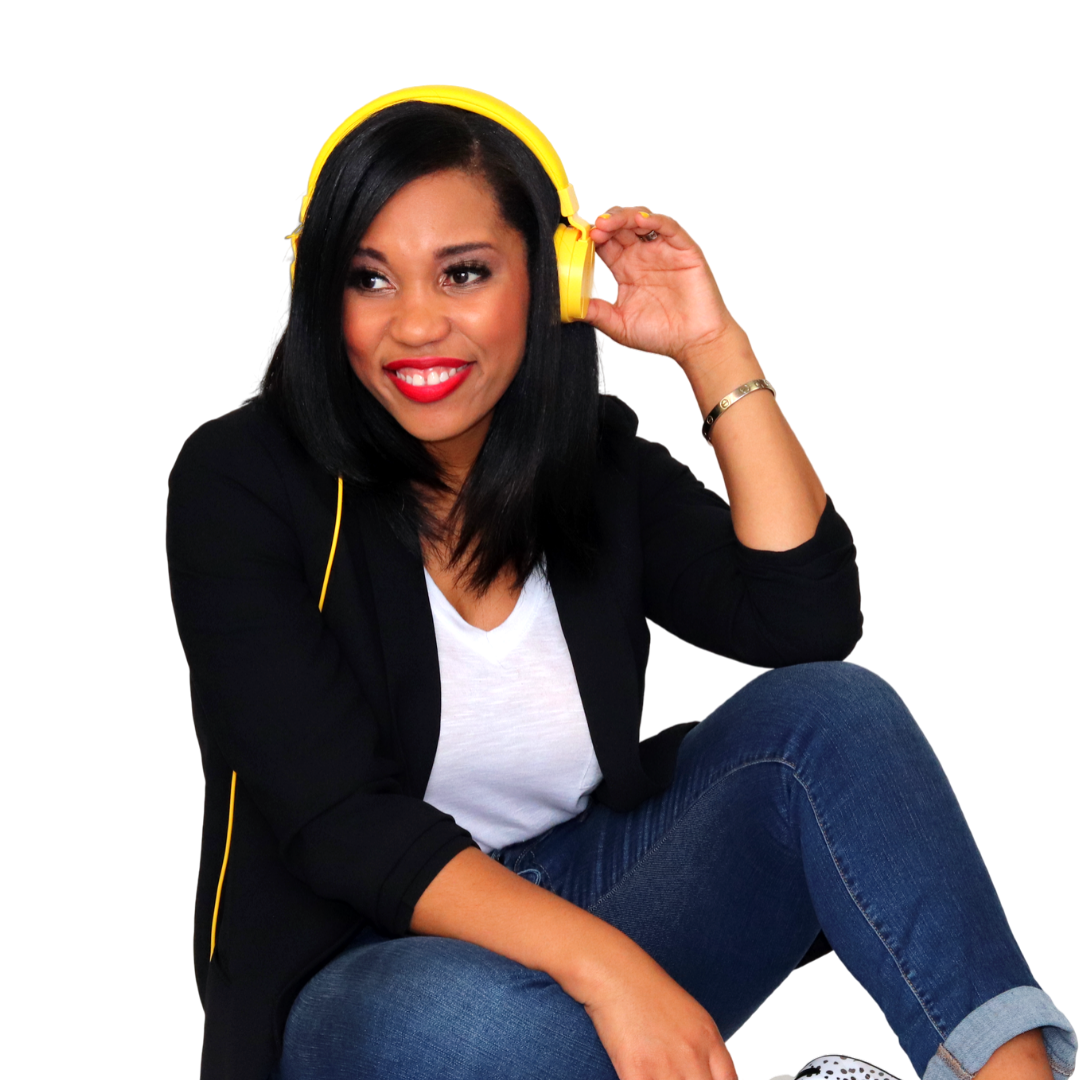 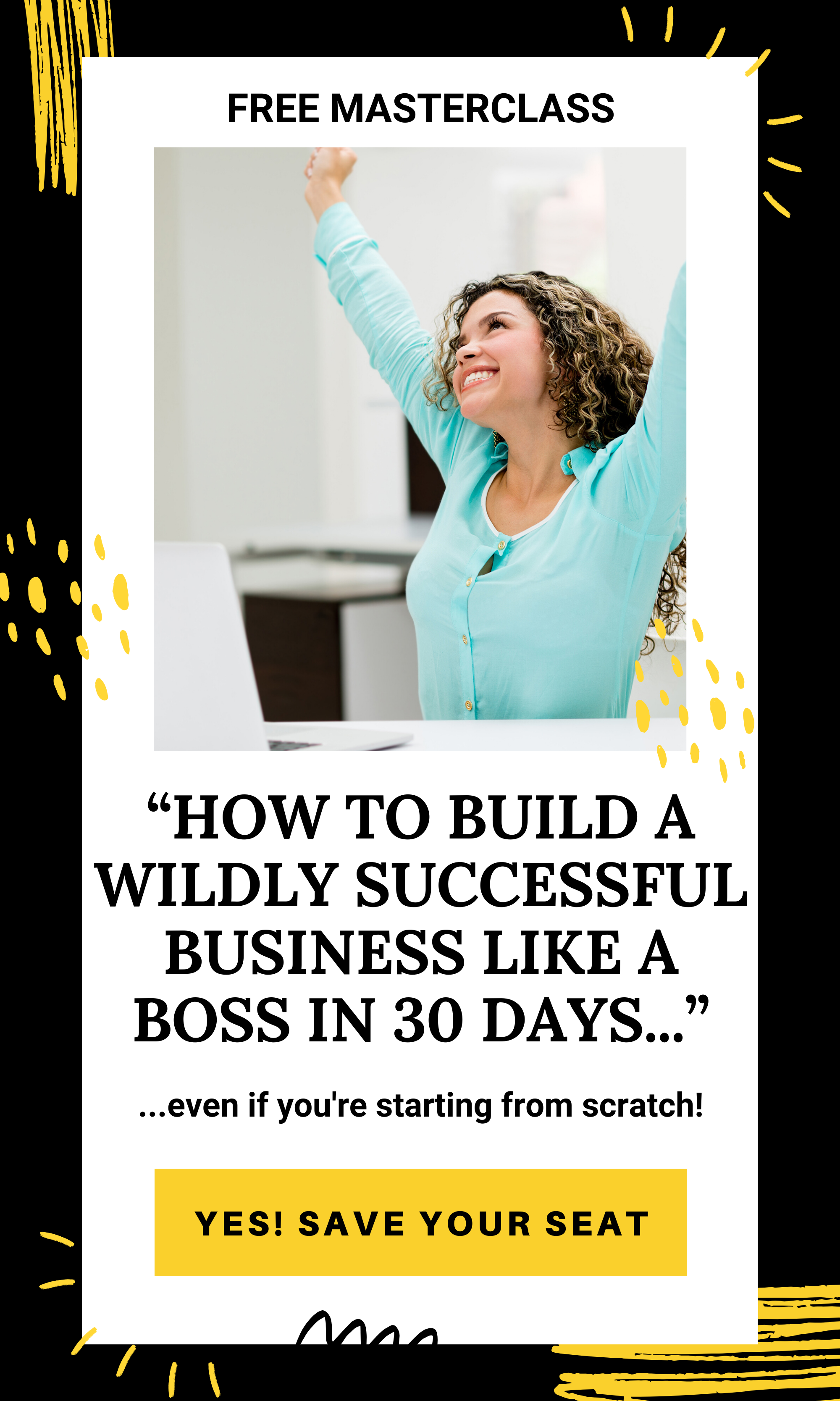 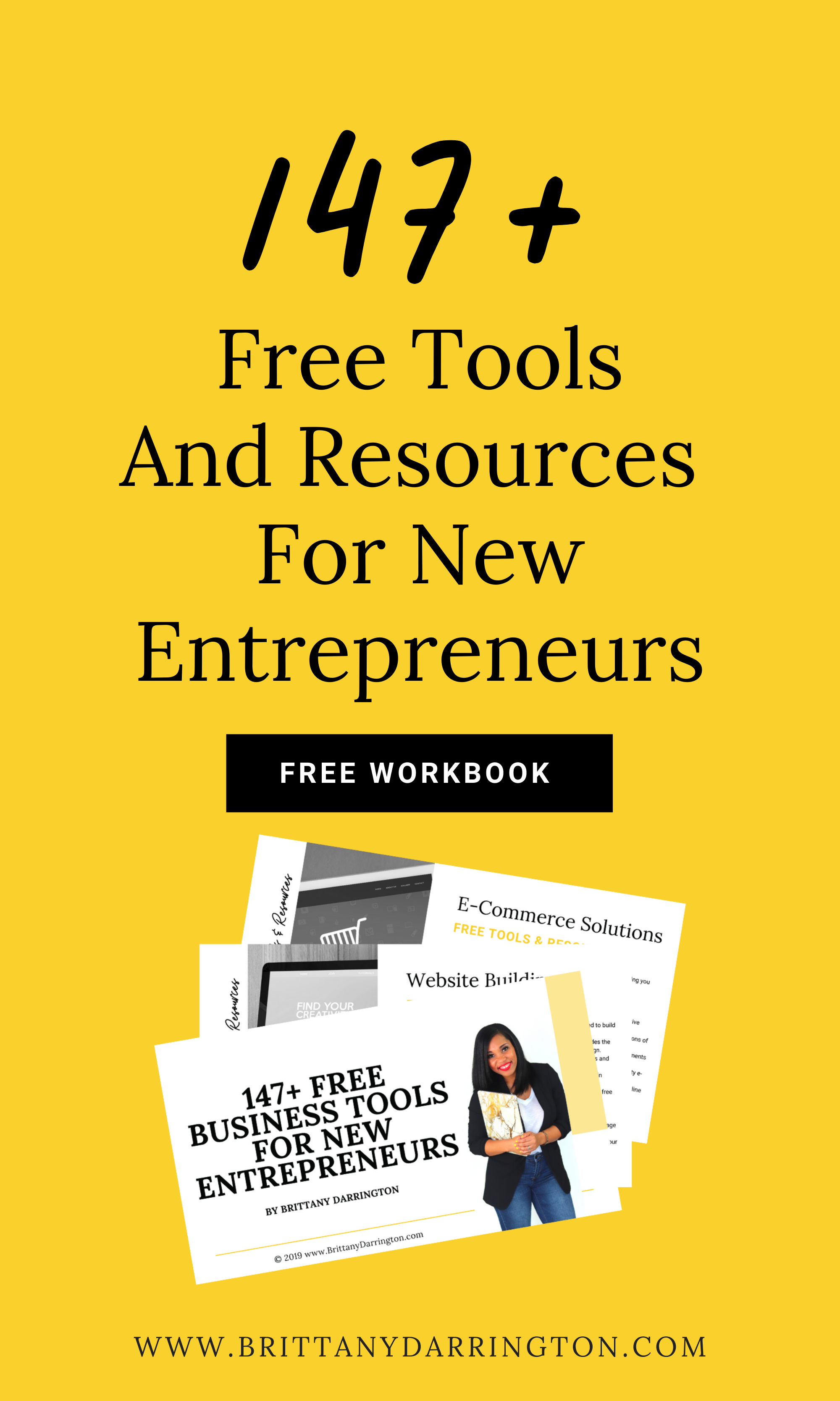 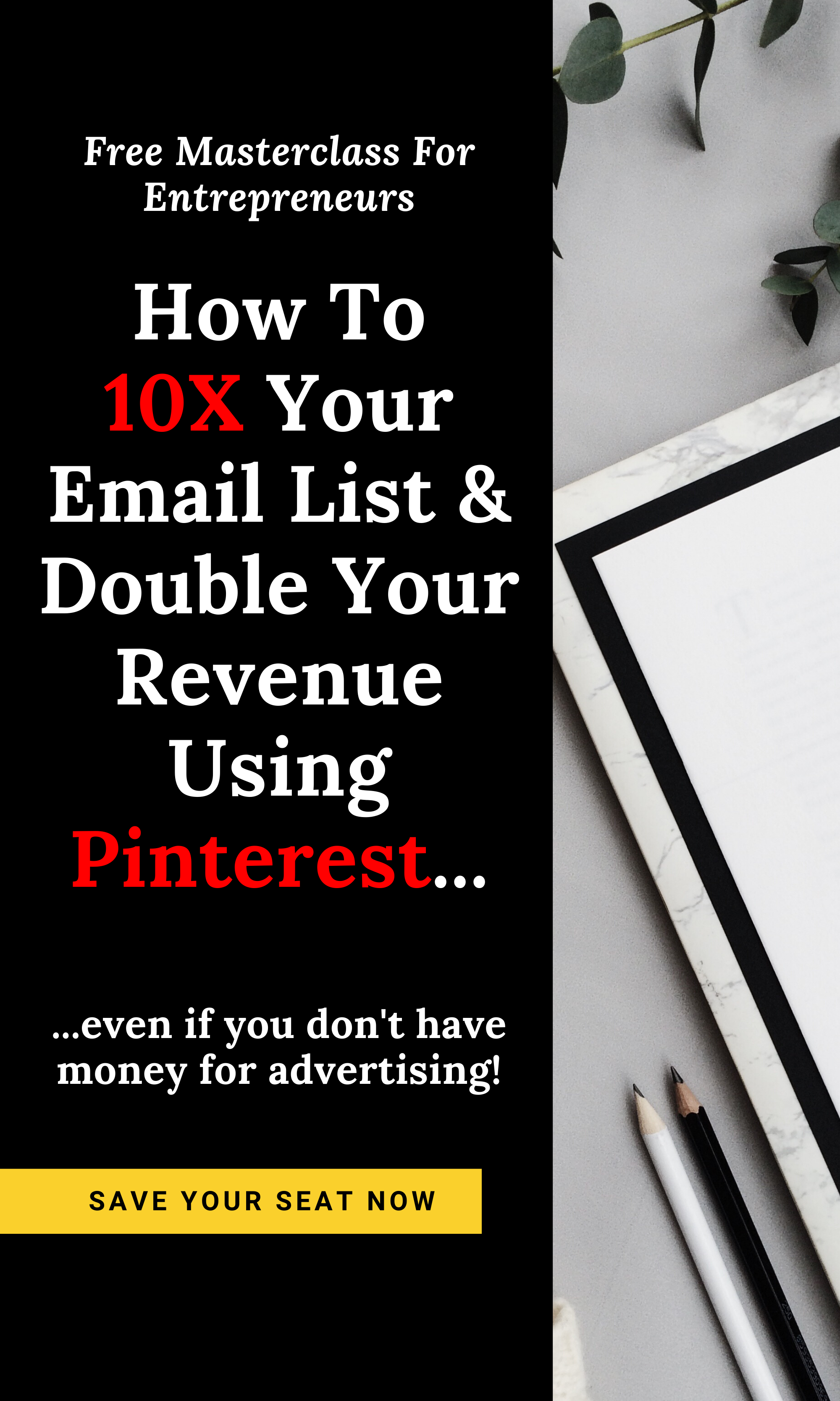 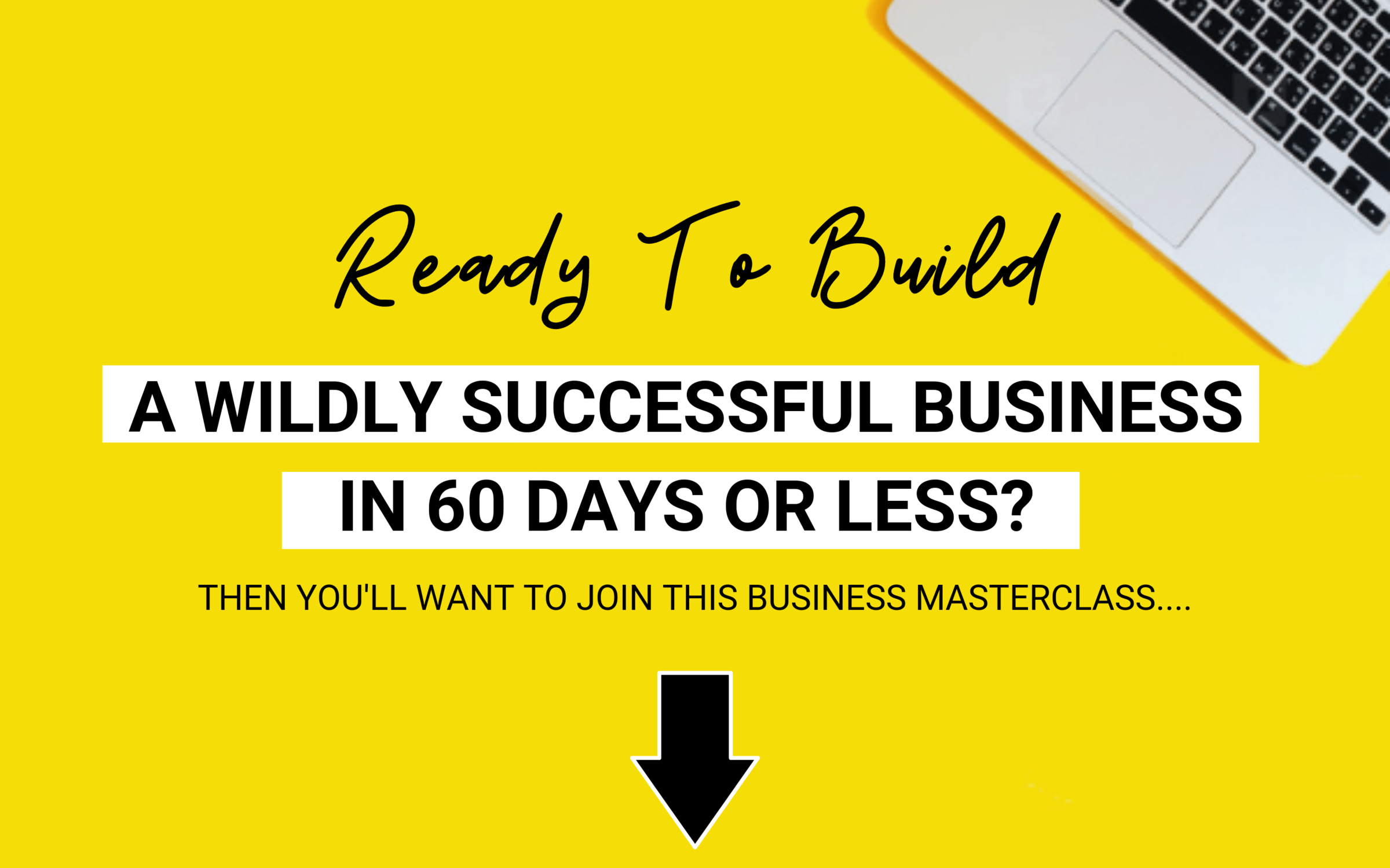 How To Start A Wildly Successful Business FREE Masterclass

Get the THREE secrets you need to succeed as an entrepreneur and grow a massively successful business!